Meditation gives me the ability to see and cherish what I already have.

There are three things I must do everyday. Take care of myself, my family, and business. My all-encompassing trinity.  I need all three.  All three need me.  We need each other in more ways than we realize.  Finding a balance is the most difficult part for me.

Honestly, for most of my life I put business before myself and my family. I believed that providing for my family was the most important thing.  By spending all my time working I failed myself and my family.   By not taking care of myself, I was unable to see how much my family needed me.  I was in a fog of poor health, exhaustion and poor life choices.

I’m not ashamed to say my first priority every day is to work out.  I need it .  It clears my mind and helps me feel I’ve accomplished something.  Being a self-employed, work at home single mom, this is very important to me.  Once I’ve worked out, I feel I can accomplish almost anything.

I can provide healthy food and a healthy environment for my children.  I can generate enough income and resources to care for my family.  I just need to work out first.  I need to make sure I am present for my family. I can do this.  So can you.

“What I give form to in daylight is only one per cent of what I have seen in darkness.”

We were “gifted” two baby ducks this spring.  Of course, we picked the two most active ducklings of the bunch.  Bennie and Jett came to live with us when they were just days old.  Tiny little birds with a voracious appetite.  We instantly fell in love which made frequent feedings and box cleaning all worth it.

They grew very fast and soon were spending their days outside listening to all the new noises and seeing all the new sites.  They learned how to get in and out of their swimming pool and took long naps under the apple tree.  Bennie, a Peking duck, lost all the baby yellow feathers and turned white.  Jett, a wood duck with black, brown and white markings grew beautiful patterned feathers and some colored blue-green.

The funniest thing about the ducks is their quack.  Jett has a very soft voice which is hard to describe.  It sounds more like a flute than any kind of quacking.  She went from peeping to flute noises. I remember the first time Bennie made a noise other than “Peep”.  It was more of a honking noise and we thought something was wrong.  Soon we realized this was Bennie’s quack.  This was the most obvious way to tell Bennie is a girl. Male Peking ducks have a curled feather  on their tail, and a slightly different shaped bill.  They also lose their ability to vocalize.  Female ducks develop a loud quack.  That’s an understatement.  I think everyone in our neighborhood can hear Bennie quack.  She usually only does it when she wants something. Like food.  She won’t stop until she gets what she wants.  QUACK!

QUACK, QUACK!  I love the ducks.  They make me laugh everyday.  Bennie is noisy – but that’s what makes her who she is.  She’s a little bossy too.  I can’t wait until she lays her first egg.  Judging by the noises the chickens make when they lay eggs, Bennie’s first experience will be at the very least LOUD!

Gardening is great exercise.  Yesterday I moved about 100 bricks making a triple spiral garden border.  I know it was a workout because my legs are really sore today. I try to spend a couple of hours a day in the garden.  There are always weeds to pull and something that needs fixed.

I must be a hippie gardener.  The straight lines and boundaries of some gardens seem so restrictive.  I like a more relaxed approach.  Something natural.  More like the plants would grow if the seeds just fell to the ground.

I have garden chickens that work for me and they don’t even know it!  I have three large garden plots and rotate the chicken run in each of them every year.  Last years run had many large sunflowers growing in it.  The chicken ate some of the seeds but many fell onto the ground.  We’ve had a long wet, cold spring here making it hard to get seeds planted.  Since the chicken run was move I planned on planting a 3 sisters garden.  That is corn, beans and squash.  These three plants grow well together.

Before I could even work the ground sunflowers started popping up. I just don’t have the heart to chop them down.  From what I’ve read, sunflowers are friendly to the 3 sisters.  The Hippie 4 Sisters Garden was born.

We scattered corn, beans and pumpkin seeds all around the sunflowers.  There are no rows or hills.  No rigid boundaries.  It will be beautiful.  I will take pictures.  I can’t wait.

“Craft is what enables you to be successful when you’re not inspired.”

I didn’t realize how much I’m driven by it.  Thoughts, plans, actions, feelings.  All fear.

In every place. All over creation. 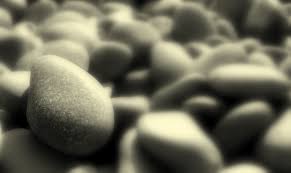 The Other Side of Narcissistic Abuse